At the bottom of every flaw exists a thread that we do our best to pull because this is a golden thread.
We are imperfect so we are precious.

Located in Angers (Maine et Loire) the “Les Etablissements Lafaille” Company is making its first steps since it has existed for three years (since 2017).

Why “Les Etablissements” (The Establishments)?

Because it is grandiloquent. It is the grandiloquence of the clown. The reflect of his absurd and moving persistence to exist. His generosity is only an instinct of subsistence. He has no other choice than doing everything he can so as not to slip into oblivion or ignorance. This is precisely what moves us, maybe because it is finally what defines our little human condition

Because we have been trained as clowns, imperfection calls on us, moves us. Imperfection tells the essence of everything. At the bottom of every flaw exists a thread that we do our best to pull because this is a golden thread. We are imperfect so we are precious.

Because we leave some space to the imagination of the viewer. A flaw is a space, an empty space, in which everything can exist, from where everything can come out.

As we have been trained as mimes, we play with space. We create the edges, the centers, the depths, the heights, the emptiness, the fullness to invent perspectives from nothing apart from our own bodies.

More than anything else we want the viewer to have some space to visualize, to feel, as long as his memories come up to the surface like a breath of fresh air. As long as the viewer recalls his jubilation to imagine. 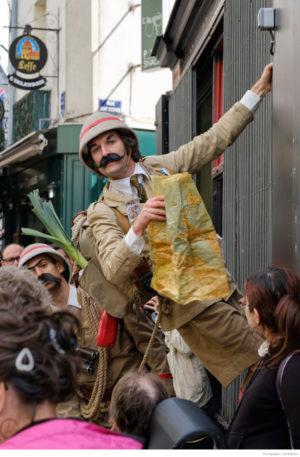 Our influences, this wind which pushes us

The language of pictures, of situations or of landscapes.

“I have been very much influenced by Chaplin, Keaton and Loyd’s silent movies and among our contemporaries by Aki Kaurismäki’s movies and by Depardon’s photos.

These discoveries which moved me, have obviously influenced the way I write.

It is a language with which I have been working for 20 years with 3 main disciplines: the clown, the marionette and the mask” (Tony Noyers) 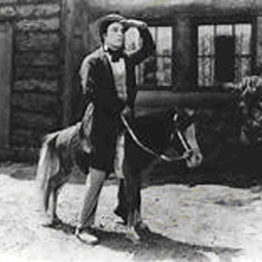 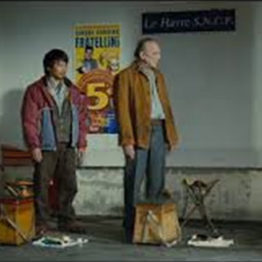 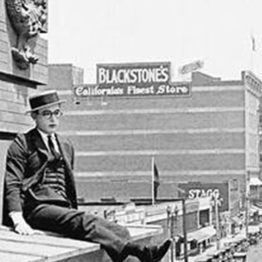 At the heart of the fault !

Playing the street is for us acting the street, diverting our living spaces from everyday life, bringing them depth of focus, perspective, drawing vanishing points and horizons. 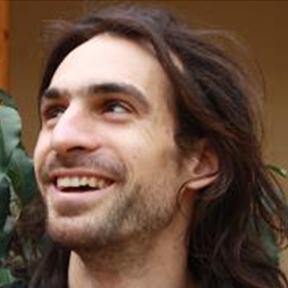 Actor
(You can see him also with “Les lez’arts verts” company from Angers).
He is with us for his absurd world and his ramshackle body!

External eye
(You can see her also with “Joe Bithume” marching band from Angers)
She is with us for her relevance, her knowledge of the clown techniques and because she is a demanding and always encouraging support! 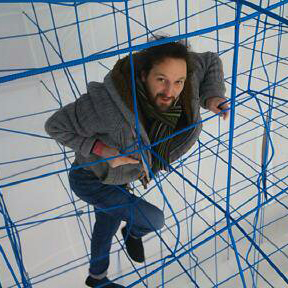